Yesterday I whipped up a couple more of Marilee's designs. I had a nice relaxing day with no obligations, so I was able to do nothing but tat. 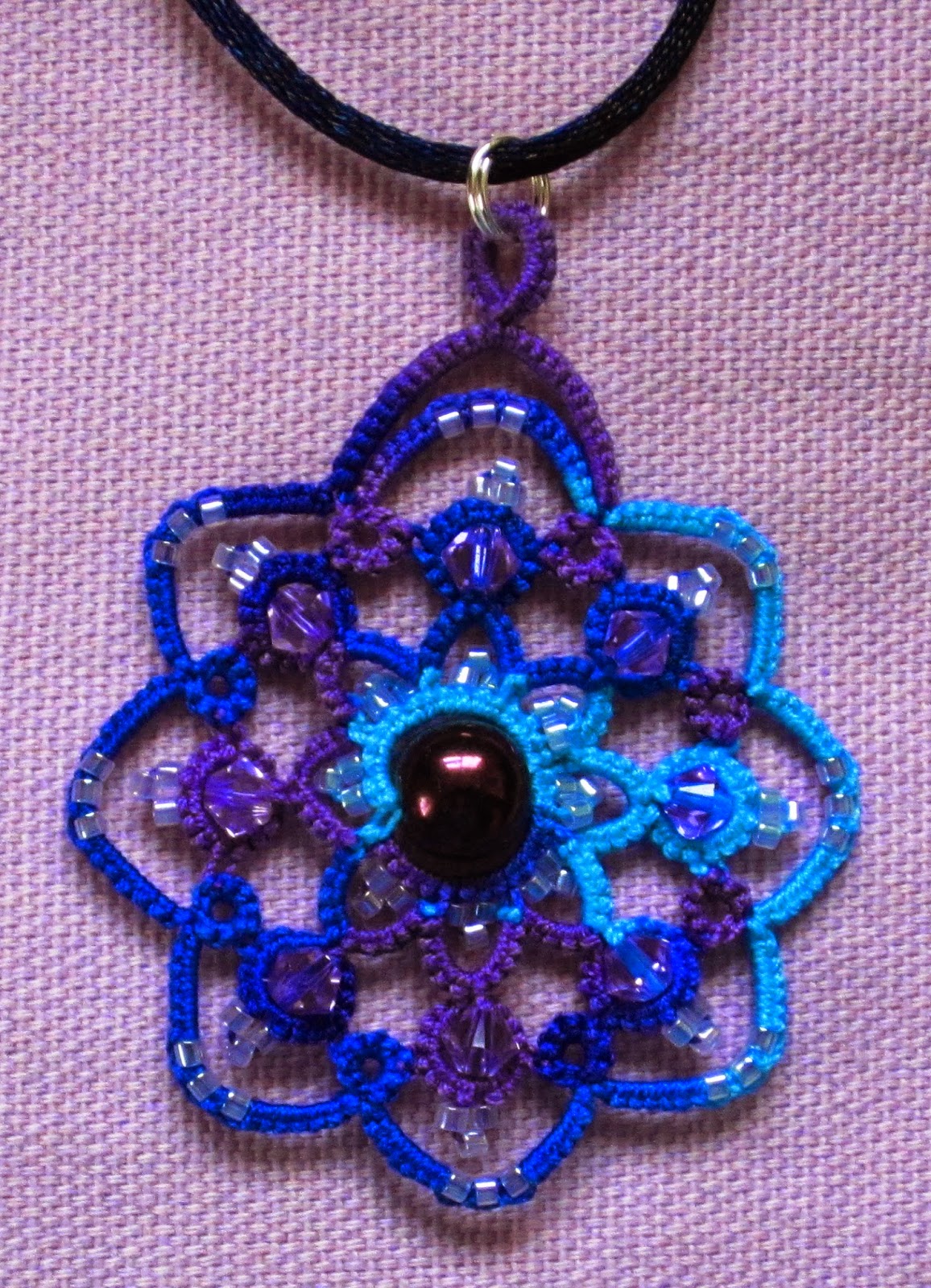 This is the Rotation Pendant. All the examples in the pattern are made in solid colors, so I wasn't sure how it would look in a variegated thread. I wish the colors hadn't pooled quite so much, but I don't really mind. I think, in fact, that it came out pretty well.

This one was fairly easy for me because the first two rounds are constructed similarly to those on the large medallion of the Nouveau necklace that I just made. Nonetheless, I had to scrap the first one and do it over because I didn't have enough thread on the second shuttle. Marilee does tell you how many yards of thread to wind on; but instead of measuring it accurately I just estimate it with my arms, and I have short arms. I prefer not to join on a new thread in something this small-- too many ends in too small a space sometimes come out looking lumpy-- so once it became clear that I wouldn't be able to finish the final repeat of round 2 even by finger tatting, I cut it apart to retrieve the beads and started over with an extra arm-length of thread on shuttle 2. If I had been using expensive hand-dyed thread, I might have gone ahead and joined a new thread, but since Lizbeth is like a million yards on a fairly inexpensive ball, I didn't feel too wasteful starting over.

For the top ring where the jump ring is attached, I made a loop-tatted ring so as not to have to wind a second shuttle for just that little bit.

Next, I did the Kinetic Earrings pattern. 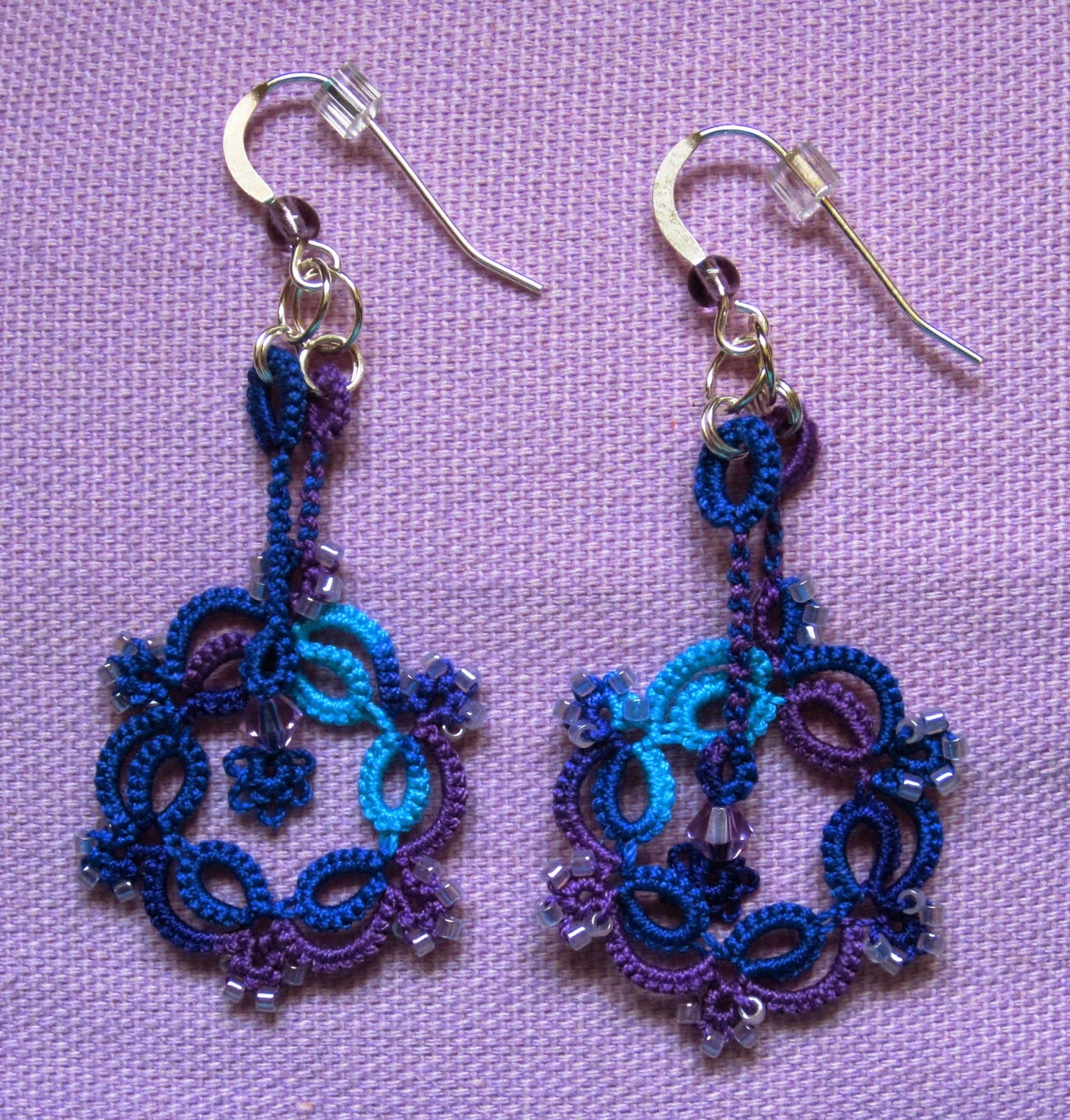 No problems tatting these, but I might just re-do the pendulum parts of both of them. The one on the left came out all in one color, so I'd like to do it over starting elsewhere in the colorway; it's so small, and the colors are so long in this thread, that you have to be very careful if you want it to end up in two colors. I'm happy with the way the colors came out in the one on the right, but my tension must have been off on the lock-stitch chain because it came out a little longer than the other and thus hangs too low over the main motif.

I really like this design, with the two separate things hanging off one earring hook. It's the unique little touches like this that make Marilee's designs so special.

These two patterns are not intended as a set, but if you make them in the same thread with the same beads, they end up going very well together.

The navy satin cord that I put on the pendant looks fine, I think, but that was just something I threw on it this morning so I could wear it today (I got lots of compliments, too:)). I think I will change it to a chain with a clasp that will allow me to shorten or lengthen the necklace depending on the top I have on.

The thread is Lizbeth color 122 Caribbean. Just in case anybody has failed to notice, I really like purples and turquoises, so this colorway will go with nearly every article of clothing I own!
Posted by Miranda at 3:20 PM