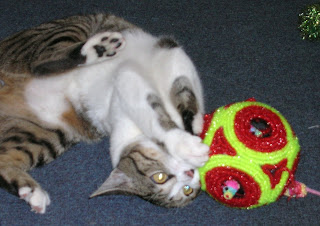 Somebody was feeling very energetic this morning. 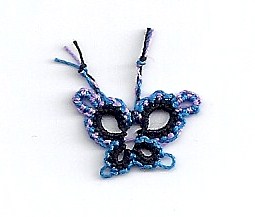 This little butterfly I posted a couple of days ago got me thinking about the differences and similarities between daisy picots and Maltese rings. Both involve making unflipped double stitches on a ring, using a second thread. With daisy picots, the unflipped DS are made on the knotting thread, i.e. the thread wrapped around your hand. With Maltese rings, the unflipped DS are made on the core thread.

In all of these examples, the yellow is the core thread.

To make a daisy picot, start a ring normally. Then, using the second thread, make an unflipped DS over the thread wrapped around your left hand. Make the half stitches in the usual order, behind first, then in front. 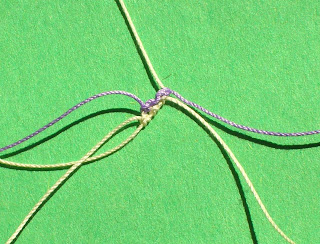 The stitch will look backwards at first.  But then you will drape the second shuttle over the back of your left hand. This will twist the stitch around so it looks right. 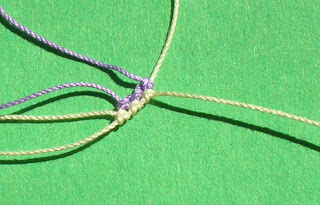 I wanted to show a picture of this on my hand so you could really see what I'm talking about, but I couldn't hold the camera steady enough with one hand.

What you end up with here is a picot that carries a double stitch. How cool is that? When the ring is closed, it looks like this: 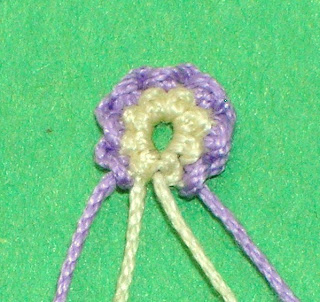 To make a Maltese ring, start an ordinary ring. Then move the circle of thread a little farther down on your left hand so that you can hold the shuttle (core) thread taut between any two fingers. Using the second shuttle, work an unflipped DS over the core thread. This time you will have to reverse the order of the half stitches, like you do on the second half of a split ring. 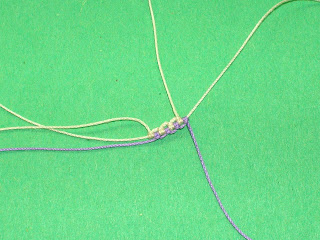 Just let the second thread dangle when you're done with it. What you end up with here is basically pearl tatting in a ring. The closed ring looks like this: 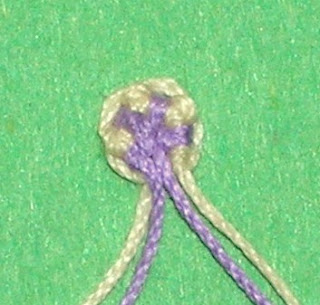 This ring is so small that the Maltese stitches fill up the inside, making it look solid. 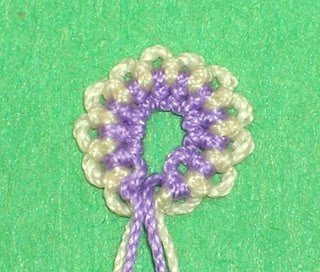 With either technique, you can of course increase the stitch count for a different look. 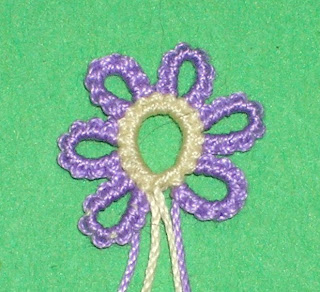 Here there are eight stitches on each daisy picot, and you can see why it's called a "daisy" picot. 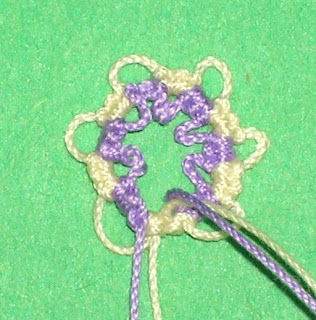 This Maltese ring has alternating sets of three DS. It will close more easily if you loosen your tension a bit. If I were going to tat the sun, this is how I would do it, using yellow and orange.

You can also alter the look by varying the stitch count of the normal stitches and adding ordinary picots. When I started this daisy picot ring, it didn't even occur to me that it would look like a butterfly. 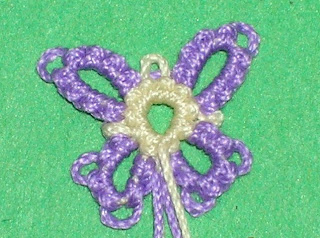 When I realized it did, I reworked it. 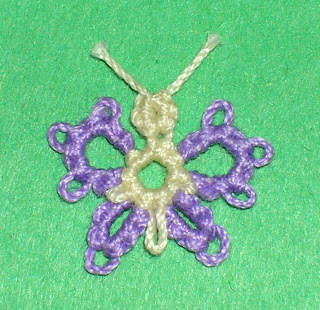 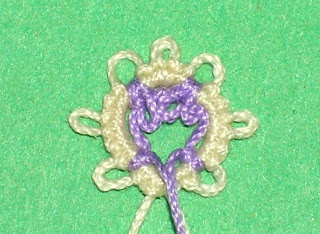 It's... unique, isn't it? I'm sure it must be good for something. Let me know if you figure out what, won't you?

Finally, I got crazy and combined daisy picots and Maltese stitches in the same ring. 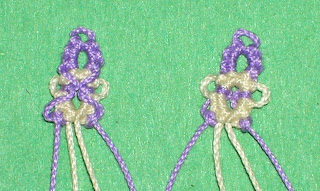 A few years ago, I designed this: 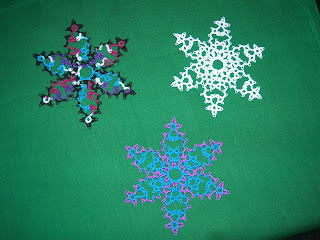 It uses daisy picots and a couple of other advanced techniques. I have to admit that I have only ever managed it twice without mistakes (the top two out of these three). I've never distributed the pattern, because I figure if even the designer has trouble tatting it, it's probably just way too hard. If you're up for a big challenge, though, I'm happy to share.
Posted by Miranda at 2:45 PM