I'm starting to see things in it now. It all depends on how you rotate it. 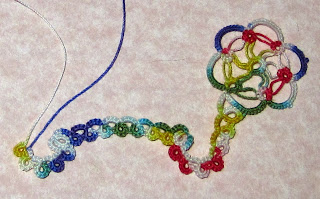 Dachshund. Those two remaining picots on the round bit will be used to join the long part of the face. 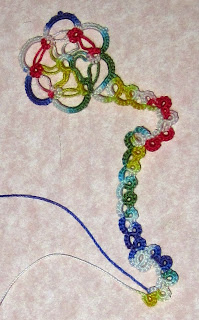 Gingerbread boy. The picots on the round part will be for a lopsided hat. 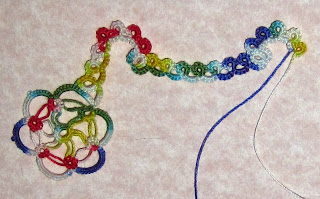 Something with pointy ears on top-- either Hello Kitty or Batman (with a flower in his hair?). 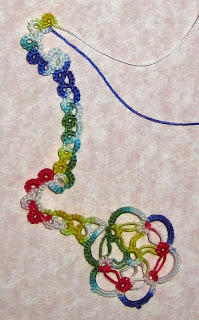 Holly leaf with berry. Additional leaves to be joined to those two pesky picots.

Then again, Sherry said this colorway would be great. Unless she was being ironic (which I wouldn't put past her), a rainbow thread wouldn't seem to work very well for any of these-- although I think it would be hilarious to see a rainbow-colored flower-bedecked tatted Batman.
Posted by Miranda at 6:19 PM