Do you like my new look? I saw the lace and had to have this background. How are the colors? Easy to read?

My hit counter passed 5000 yesterday. My 100th post is also right around the corner. We all know how tatting bloggers celebrate such milestones, so watch this space!

Now, on to Needlecraft. Today I will look at the December 1918 issue. 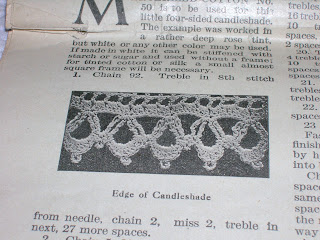 This is the bottom of a crocheted candleshade. I think it is intended to resemble tatting. 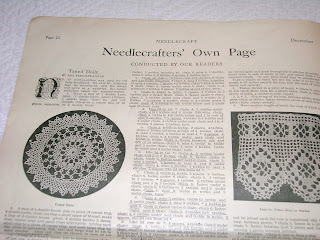 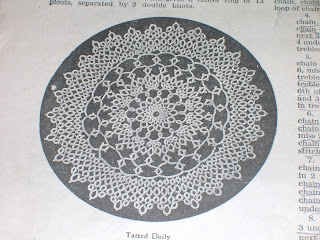 A doily sent in by a reader. Notice that the outer round is hen-and-chicks. It's a perennial favorite.
This issue-- remember, December 1918-- contains a lot of material on the War Effort and supporting the soldiers.﻿ It's interesting that the issues from 1916 and 1917 don't have this, though it may be that the two issues I have are not representative of those years. More interesting is the timing of the content of this issue. The magazine must have gone to press long before the actual issue date. Not that there wouldn't still have been soldiers in Europe in December (it was still another six months till the Treaty of Versailles), but theoretically they shouldn't have been getting shot at so much. Anyway, I'm pretty sure this magazine would have been celebrating the armistice if they had known about it at press time. 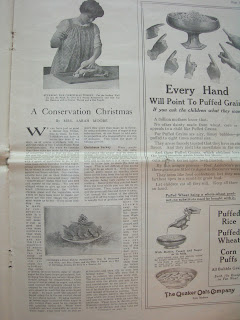 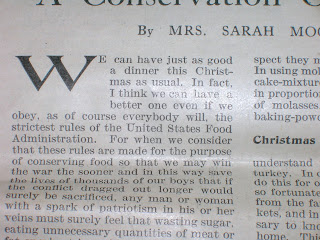 Another cultural note is that back then, articles about Christmas appeared in the December issue, not the July issue. 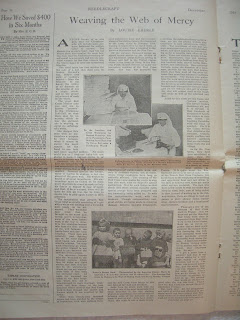 This article describes the work of the Red Cross and exhorts readers to knit items of clothing for the soldiers. 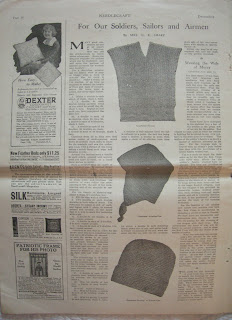 Patterns to crochet for soldiers. At the bottom left is also an ad for a patriotic picture frame for the photo of your soldier family member. 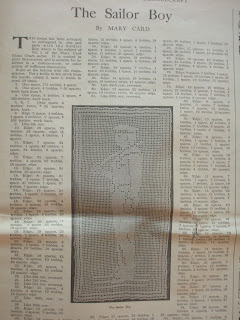 Even purely decorative patterns were inspired by patriotism and pride in the service members, as seen in this filet crochet pattern.
The next batch of pictures will have more tatting-related content. But part of the interest of old magazines is in looking at the historical context and how it affected people's daily lives, so I wanted to get this in.
Posted by Miranda at 8:17 AM