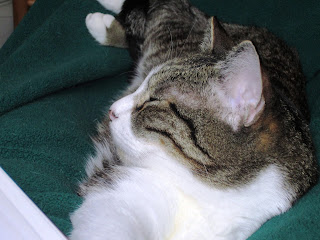 Squijum has been going around with an unmistakable air of smugness since I wrote about him in the last post.

Of course, I didn't even mention (because it goes without saying) that he is also extraordinarily cute and snuggly! 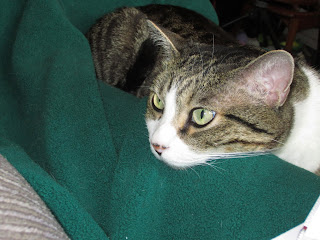 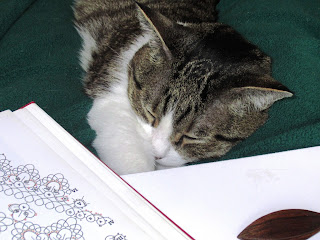 Here's what I'm working on for the second box to protect my earrings from the ferocious tiger. 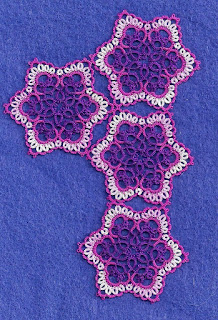 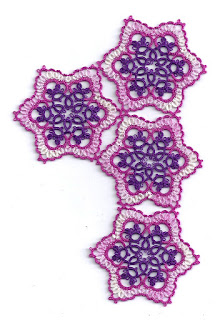 Same scan, different backgrounds. In the top one it's harder to see that the shuttle thread on the outer round of each motif has some splashes of pale pink, but in the bottom one it's harder to see those rings at all-- but the pale pink shows up better. The solid threads are Lizbeth 647 Purple Iris Dark and 618 Magenta Dark; the difficult to scan but very pretty IRL variegated thread is a HDT by Tatskool called Raspberry Ripple with Real Vanilla.

The pattern is from Jan Stawasz's Tatted Treasures. It's going to be a miniaturized version of Doily VIII on page 46. It's miniaturized both because I'm using size 80 threads and because I'm making a lot fewer motifs. I'll just be doing three more after this, plus the border. The repeats in the border align with the motifs, so it should still work out.
Posted by Miranda at 8:50 PM