Still Working on the Pillow

I've gone back to the pillow I was working on before my tatting hiatus/ computer problems. I've now done 5 out of the nine large motifs. At this point, I have also joined all four of the small motifs, which I made first-- now I don't have to worry about losing them anymore! 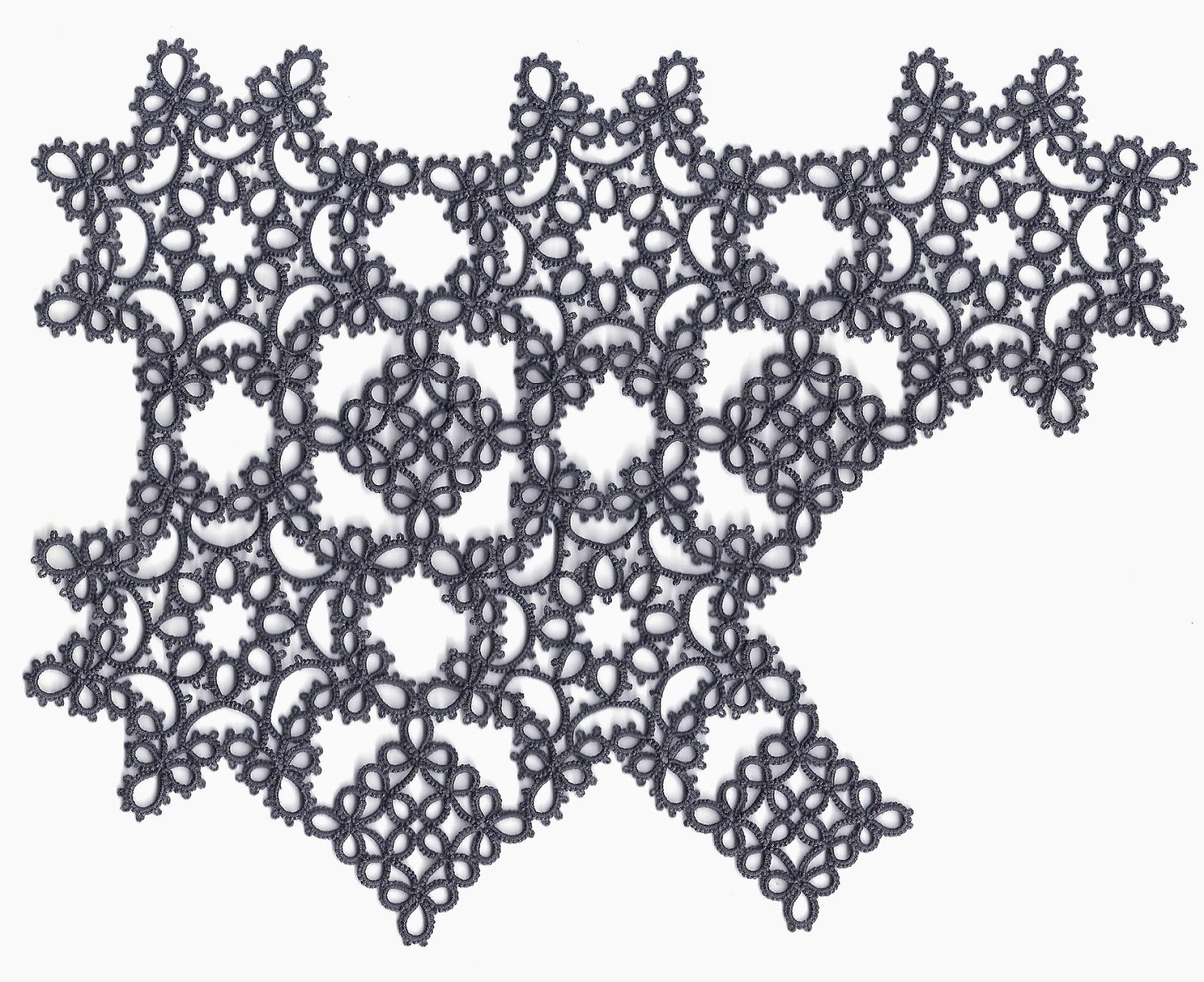 I am basing this on the pattern on pages 95-97 of Tatted Treasures by Jan Stawasz. It's the same motifs, and I will use the same edging, only I am configuring it in a larger square than the ones he made. That's the neat thing about doilies that are made from smaller motifs instead of in the round; you can alter the size and shape however you need to.

In fact, Mr. Stawasz has another pattern on page 65 of the same book that is made up of the same motifs. The only difference is a variation in the placement of the decorative picots. The individual stitch counts are slightly different to put the picots in different places, but the total stitch count of each ring and chain is the same, and so the overall shapes of the motifs are the same. But in that pattern, he has arranged the motifs into a very large table runner in the shape of an elongated octagon. (Also the edging is slightly different.) Frivole is currently experimenting with that version, making the motifs in different threads and different colors. I'll be interested to see what she ends up with.

By the way, I do not, and have never attempted, to use Mr. Stawasz's way of frontside/backside tatting. I simply use the normal FS/BS method, which is quite comfortable for me, and which I have been doing for years. If I understand his method correctly, this means I am losing a half stitch here and there compared to his tatting, but I don't feel it adversely affects the overall piece.
Posted by Miranda at 3:11 PM