Another of the large motifs done. A little here and a little there, and eventually this doily will be finished. 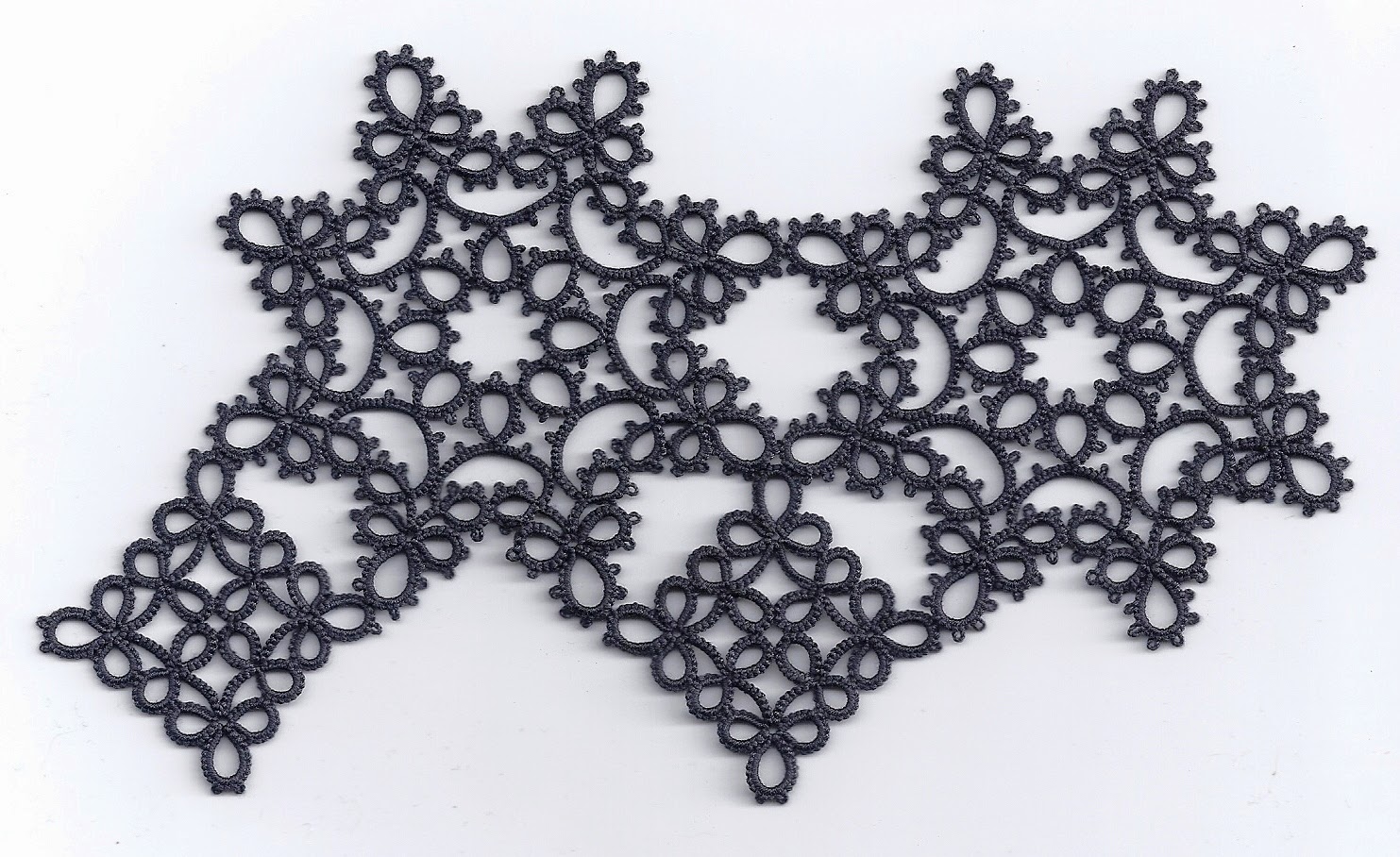 After I had finished tatting this motif (the left-most of the two large ones), I realized that I had made one of the large rings too small by 3 ds. At first, because I was tired, I thought I'd just leave it and it wouldn't be too noticeable. But then my real personality took over and I decided that the missing picot would in fact be glaringly obvious, and in any case I would always know the mistake was there, whether anyone else ever saw it or not. So out with the scissors to snip that one ring; once the core thread was cut, I also pulled out the smaller rings on either side of it, so I would have a long enough thread to hide the ends; and I simply retatted that whole clover. I am definitely glad I redid it, as it would have bothered me forever. If you look extremely closely you might be able to tell which one it is because it looks ever so slightly bulkier where all the ends are tatted over or sewn in. But as long as you only look at it from the front-- and of course only the front will be visible once it's sewn onto a pillow-- I really don't think it's obvious at all.

One more large motif in this row, then two more rows, followed by two rounds of edging.
Posted by Miranda at 7:47 PM