Let me start by saying that transdermal prednisolone for cats is the greatest invention ever. It is by far the easiest way to administer a medication-- I can't quite convince him that I'm only trying to pet him, but he doesn't object too strongly, and it only takes a split second-- and it's actually working! Within about half an hour of giving it to him, I notice him stop licking and biting at himself, and it lasts almost until the next dose is due. His whole demeanor seems more relaxed and calm now that he's not itching so horribly. I'll show a beautiful photo of him after his hair grows back. In the meantime, I'm already planning what I might tat for the vet.

Here's day 15 of the TIAS, and it appears that all we're missing is the mast... 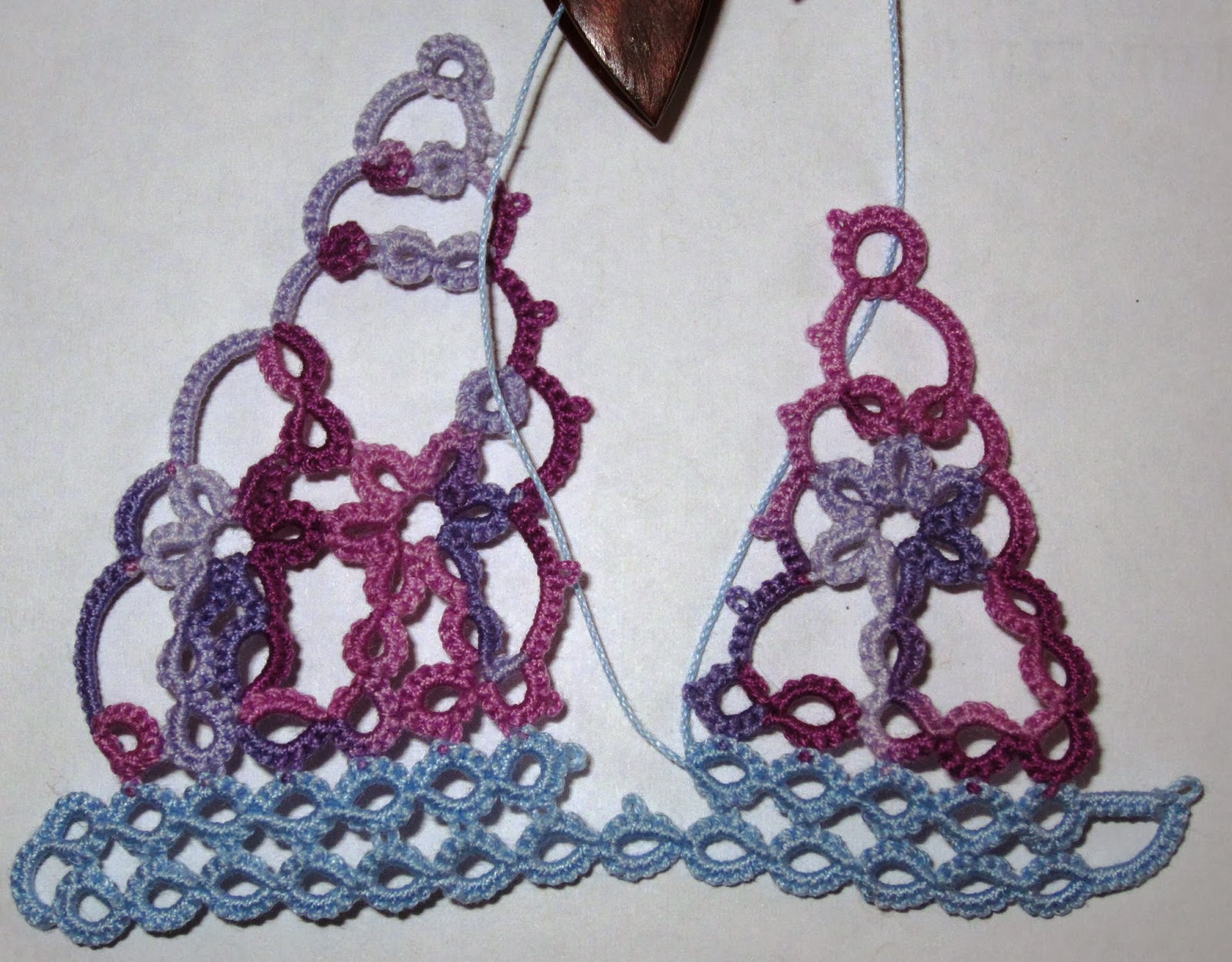 ...unless it was a jester's cap all along. Now, I took those two photos one right after the other, with the same camera settings, and made the same modifications on the computer. So how did they come out colored so differently?

And here's my meager progress on Annalisa. 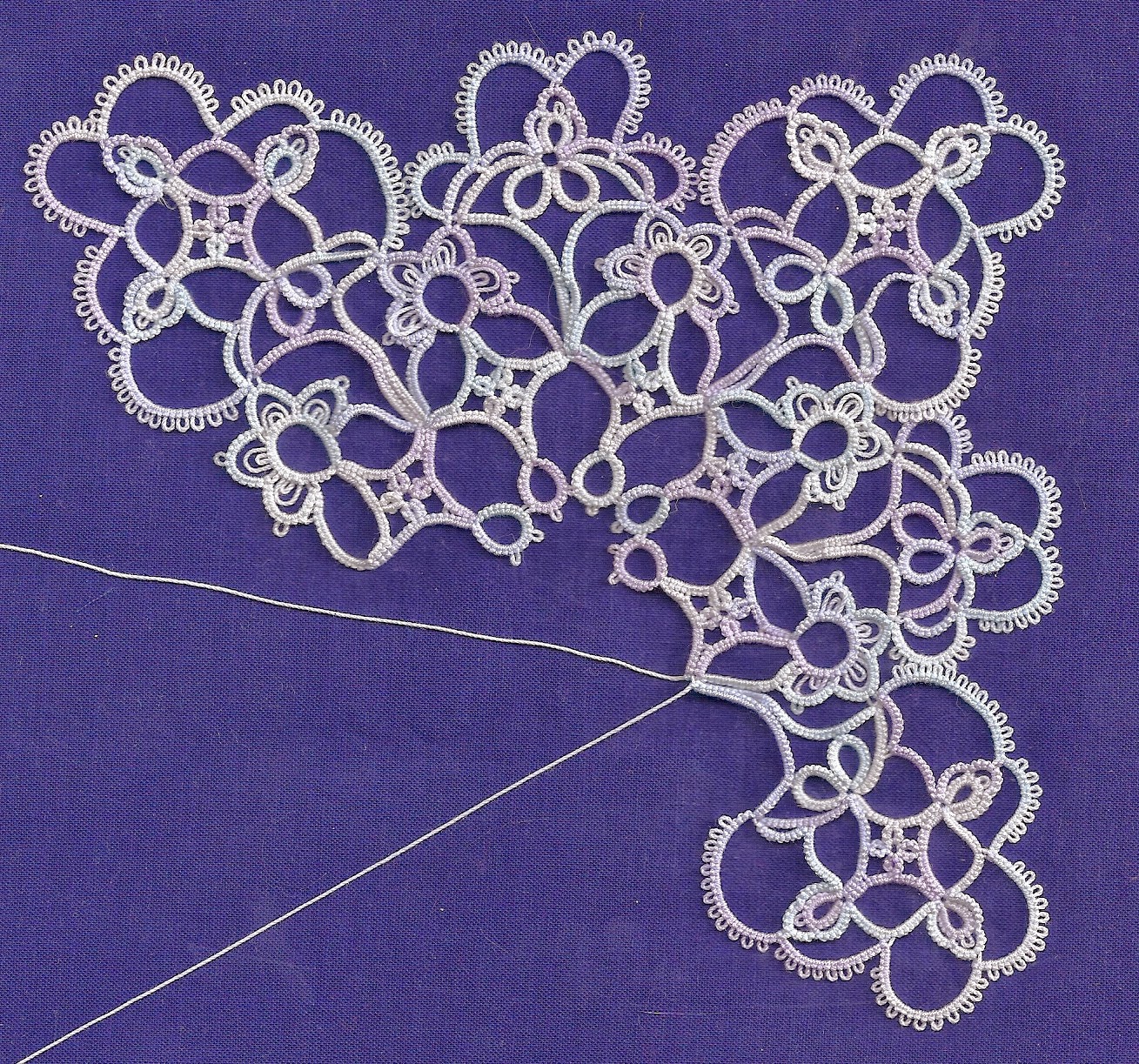 Before I tatted this corner, I had foolishly forgotten to mark my place in the pattern, so I started that tatting session in completely the wrong place. I ultimately had to cut my core thread and rip out a whole section, pausing to untat the rings made with the second shuttle. I'm back on track now, though.

That navy fabric in the background is what I have decided to mount it on. I took the tatting to Jo-Ann's and tried it against many different background colors, and this one brought out the delicate colors of the Olympus thread the best (even though they don't show quite as well in the scan).

I did notice that on the second corner, I made the long side chains too short by one picot each. At least they match each other, and you never would have noticed if I hadn't said anything, would you? In any case, I'm certainly not cutting back all that way now. Every once in a while I do have to learn to accept some slight imperfection in my tatting.
Posted by Miranda at 10:24 AM