While we were in Colorado, my cousin Abby presented me with a bag of items crocheted and embroidered by our ancestors. There's no way of knowing exactly who made what, but all of it dates back to our great-grandmother or older. Much of it is stained or torn, but the quality of the work is beautiful. There are also a few pieces of machine-made lace, "boughten stuff", as they would have called it, which I didn't bother to photograph. 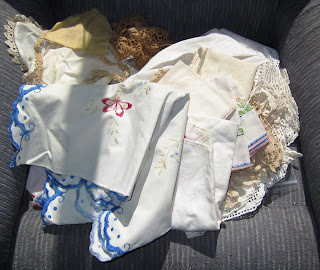 I must apologize for the quality of the photos; the window frame and the back of the chair created some unfortunate shadows, but there was no other place in the apartment that would have been any better. Also, I took the pictures in a bit of a hurry, as my feline overlord was most displeased at having been tricked into getting shut in the other room. 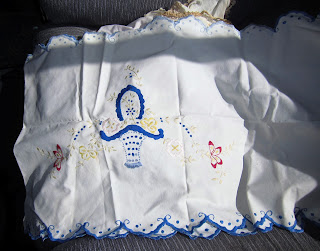 This is one end of a long embroidered table runner; the other end is the same. 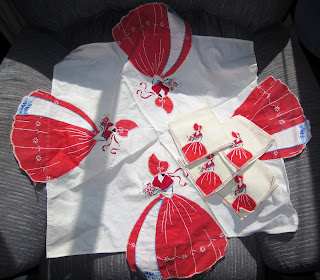 A table centerpiece, with four matching napkins, done in applique and embroidery. 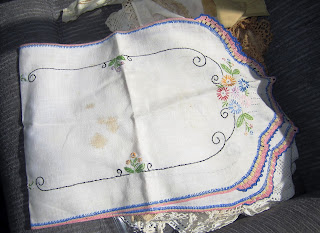 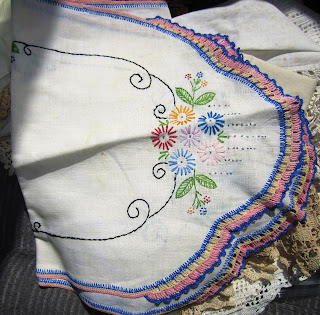 Another runner, with embroidery and a colorful crochet border. 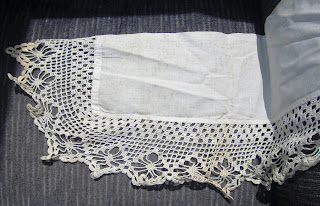 Including the crochet, this piece is 9 1/2 inches wide and 49 inches long. The fabric is linen, and the unbordered edge is the selvedge of the fabric. The only thing I can imagine it being used for is a scarf on top of the parlor organ, but maybe someone else has another idea. 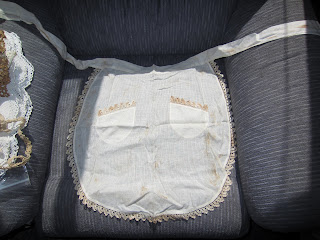 An apron with crocheted trim. 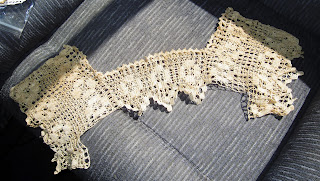 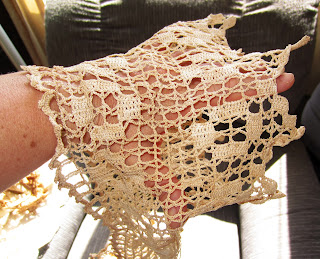 This is an interesting piece, a yoke that also has sleeves, or at least armholes. I assume someone was intending to make a blouse or nightgown to attach this to, but never got around to the sewing part. In any case, it seems like an unusual item for a Mennonite woman of over 100 years ago; they generally would have been much more plain in their dress, although they could have whatever decoration they wanted around the house. This makes me suspect that this piece was probably intended for a nightgown, because who would know? 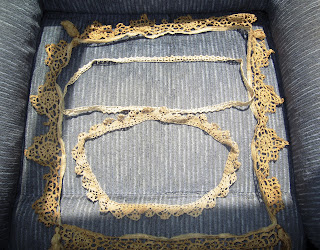 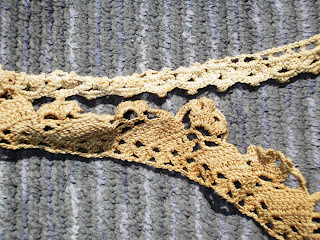 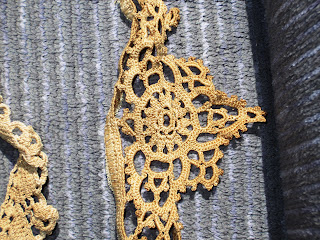 There are several pieces where the end is joined back to the beginning, which were obviously intended to be sewn onto fabric centers to make doilies. Again, they didn't quite get to that part-- now I know where I get that from! 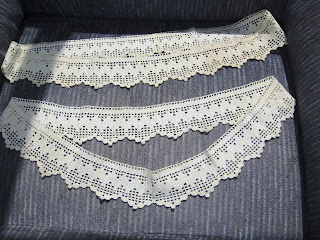 These two matching pieces must have been intended to hang off of something, because they don't lie flat. Lampshades, maybe. 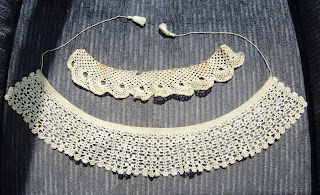 A collar with tassels, and a short length of edging for unknown purpose. 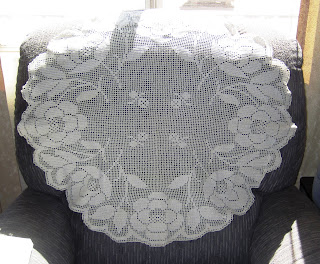 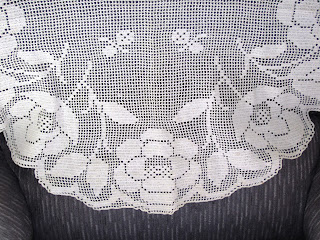 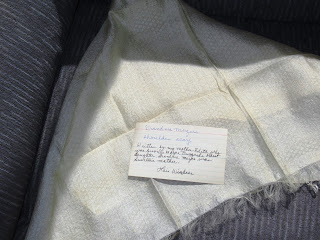 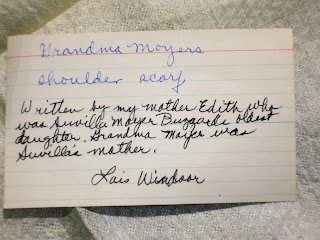 Finally, the one "boughten" item that I did choose to photograph, because of the card that was wrapped up with it. It's a silk scarf, but a very plain one, in keeping with Mennonite sensibility. Lois Windsor was my grandma, so Grandma Moyer would have been my great-great-great-grandma.
Posted by Miranda at 11:55 AM