Our Dear Friend, the Tatting Goddess

By now most people in the tatting blogosphere have learned of the death of Gina Brummett, the Tatting Goddess. She had been battling cancer for some time, although she only mentioned it once on her blog; that was in early January when she let us know that she was in remission. Less than two weeks ago, she was still stitching and taking watercolor classes. I just learned from Georgia Seitz that although Gina had been doing well, she caught pneumonia and died very quickly; her immune system was undoubtedly weakened from fighting the cancer. I am glad to know that it was quick.

Although Gina's blog posts lately have not been as frequent as they used to be, they were as cheerful and full of life as ever. Full of life-- that is how I will always remember Gina. She was always trying something new in her stitching and other creative pursuits. She breathed new life into old tatting patterns. She created her own patterns, too. I had the pleasure of tatting Gina's gingerbread boy pattern shortly after I started this blog. (I can't provide a link to the pattern right now because the bandwidth limit for the day has been exceeded. Apparently all the tatters are looking at Gina's patterns today.) 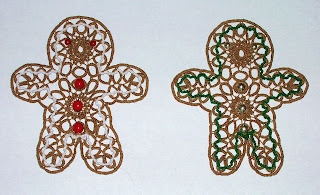 Gina was always so generous with her time as well. Other tatters have stories of how Gina encouraged them or helped them learn new techniques. When I, as a non-sewer, wanted a plain purse that I could embellish with tatting, Gina sent me one only a few days later, made with fabric from a skirt that had once been her mother's. 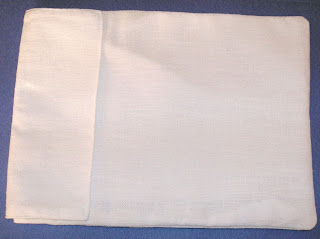 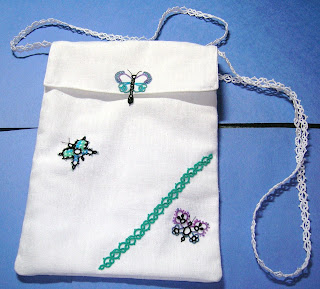 At the same time, Gina also sent me this lovely bookmark that she had made. 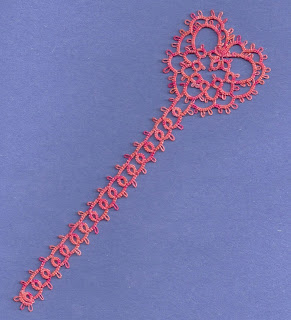 Although I never got to meet Gina in person, I considered her a good friend, having been readers of each other's blogs and exchanged many e-mails on tatting and other topics. She was an asset to the tatting world and will be greatly missed.

Georgia has the address if anyone would like to send a sympathy card; e-mail her at aktatter@aol.com.
Posted by Miranda at 10:20 AM