While we were in Boston, my aunt gave me a lovely gift. When she was a teenager (late 60's or early 70's), she cleaned house for an older lady whom my aunt describes as "very Victorian". When the lady died, her granddaughter gave my aunt a box of lace that she had collected over the years. Eventually my aunt realized that she was never going to use it, so she gave it to her daughter (the cousin who got married). My cousin realized that she wasn't going to use it either, so she suggested passing it on to me. I'm not sure what I'll do with it either, but I have a few ideas. Before anything, it all needs to be cleaned up and pressed. I think most of it will be OK to just throw in the wash; the pressing will be more of a pain.

I photographed it in the hotel room in Boston, because I knew that if I tried to do it at home, a certain feline would attempt to take over the process. Sorry some of the pictures are so blurry. My camera's screen is not that great, so I can't always tell when a shot is really awful. I didn't transfer the photos to the computer till I got home, and at that point I didn't feel like dragging everything out again to re-shoot. You can get the idea, though. 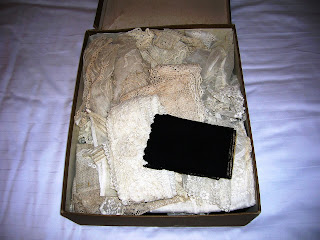 As you can see, the box is crammed pretty full. There are edgings, corners, and things to wear. Some are handmade and some are not. I don't really know anything about them, so I'll mostly just show the pictures without much commentary. 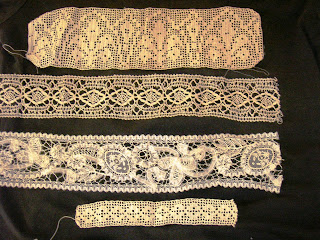 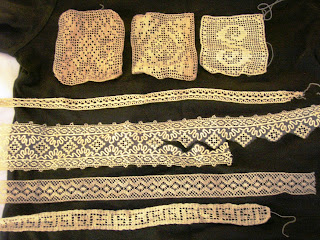 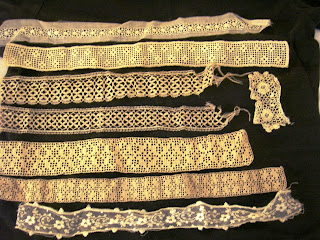 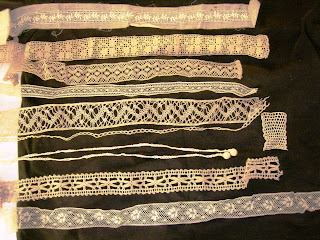 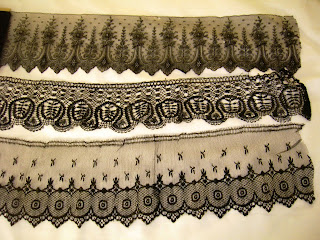 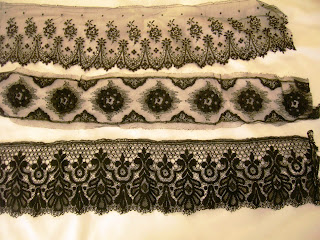 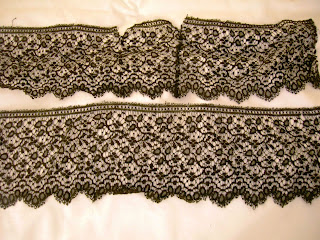 As you can see, several of the laces have been cut for one purpose or another, and others have been torn. Mostly they're in pretty good condition, though.
All of the black laces are machine-made, but I really like all of them.
And yes, there is some tatting. 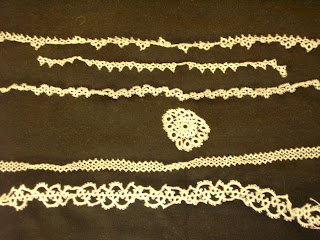 The one at the top is hen and chicks. All of the tatted pieces are rather crumpled, but they are in good condition. I wish it were possible to trace who the tatter was.

Here is a wider fabric, followed by a close-up of the same piece. 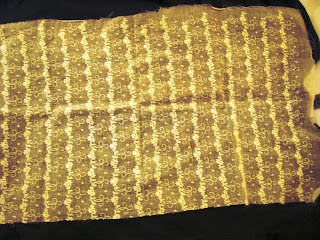 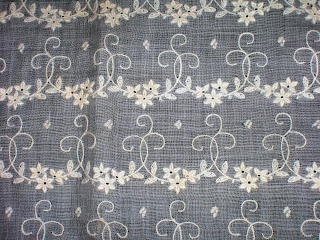 Here are a few more wide panels, corners, and fragments. 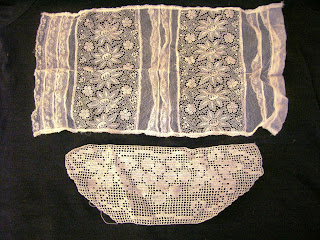 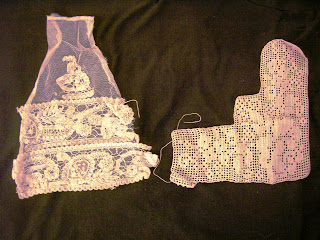 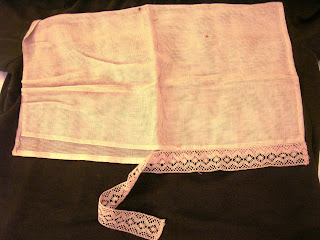 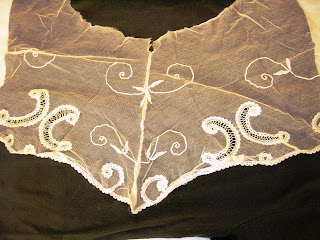 Someone started to make this one into a collar.
A wide edging and a jabot: 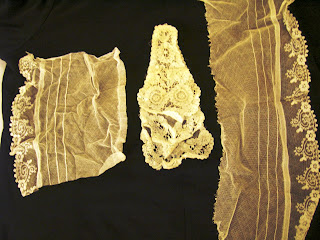 This is a cap made by gathering the wide edging above and sewing the ends together. 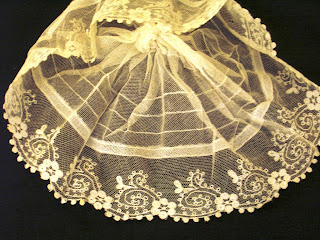 There are several more collars and yokes in varying states of disrepair. 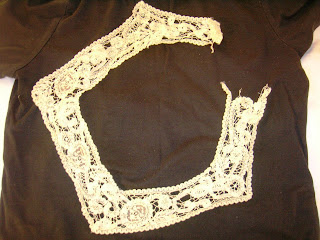 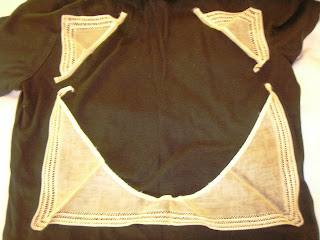 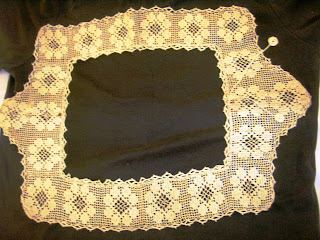 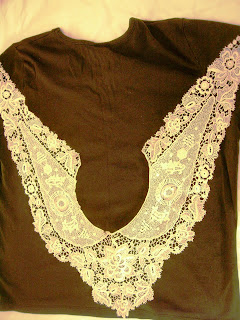 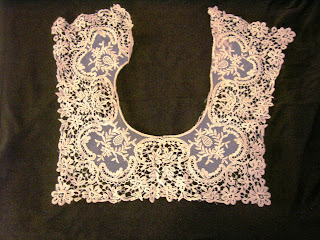 Some of these collars are really beautiful and could still be worn if they were cleaned. I especially like this bottom one.

The last one is very large and elaborate and has snaps in various places to hold it in its proper shape. I could only photograph it in small sections at a time, so it's hard to give you a clear idea of how it looks. 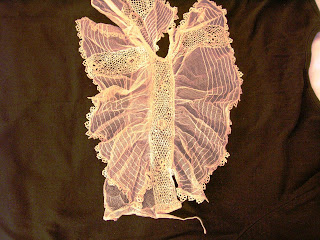 This is the front. 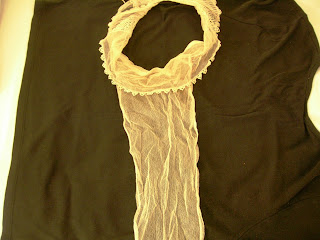 This is the back. I don't know about that thing hanging down. It is quite long and seems like it would be pretty annoying, as well as looking, IMHO, very silly. 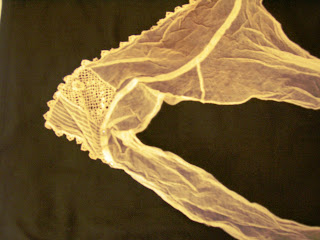 I honestly don't understand how this bit fits in with the rest of the collar, even having laid the whole thing out and fastened all the snaps. Maybe someday I'll try it on just to see if I can figure it out.
That's﻿ it. I didn't photograph every piece, because there are a lot of duplicates. Even in these photos you can see a few duplicates, as well as a couple of pieces that are the same pattern but different sizes. Maybe sometime when Squijum is feeling very sleepy I might take these out again and try to get better photos.
I haven't felt much like tatting lately. I'm starting to get the urge again, so I will hopefully have a tatting post for you sometime soon.
Posted by Miranda at 12:31 PM